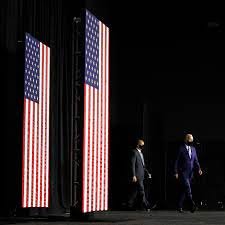 In 2016, Hillary Clinton warned that Donald Trump was a fool who could be baited with a tweet. This past Thursday night, in Philadelphia, Joe Biden upped the ante by asking, in effect: What idiot thing might the former president do if baited with a whole speech? On Saturday night, the world got its answer.

For the 2022 election cycle, smart Republicans had a clear and simple plan: Don’t let the election be about Trump. Make it about gas prices, or crime, or the border, or race, or sex education, or anything—anything but Trump. Trump lost the popular vote in 2016. He lost control of the House in 2018. He lost the presidency in 2020. He lost both Senate seats in Georgia in 2021. Republicans had good reason to dread the havoc he’d create if he joined the fight in 2022.

So they pleaded with Trump to keep out of the 2022 race. A Republican lawmaker in a close contest told CNN on August 19, “I don’t say his name, ever.”

Maybe the pleas were always doomed to fail. Show Trump a spotlight, and he’s going to step into it. But Republicans pinned their hopes on the chance that Trump might muster some self-discipline this one time, some regard for the interests and wishes of his partners and allies.

One of the purposes of Biden’s Philadelphia attack on Trump’s faction within the Republican Party was surely to goad Trump. It worked.

Yesterday, in Wilkes-Barre, Pennsylvania, Trump addressed a rally supposedly in support of Republican candidates in the state: Mehmet Oz for the Senate; the January 6 apologist Doug Mastriano for governor. This was not Trump’s first 2022 rally speech. He spoke in Arizona in July. But this one was different: so extreme, strident, and ugly—and so obviously provoked by Biden’s speech that this was what led local news: “Donald Trump Blasts Philadelphia, President Biden During Rally for Doug Mastriano, Dr. Oz in Wilkes-Barre.”

Yes, you read that right: Campaigning in Pennsylvania, the ex-president denounced the state’s largest city. “I think Philadelphia was a great choice to make this speech of hatred and anger. [Biden’s] speech was hatred and anger,” Trump declared last night. “Last year, the city set an all-time murder record with 560 homicides, and it’s on track to shatter that record again in 2022. Numbers that nobody’s ever seen other than in some other Democrat-run cities.”

On and on it went, in a protracted display of narcissistic injury that was exactly the behavior that Biden’s Philadelphia speech had been designed to elicit.

David A. Graham: Trump can’t hide from the Mar-a-Lago photo

Every day since the FBI search of Mar-a-Lago has brought new proof that Trump still dominates the Republican Party. He has extracted support even from would-be rivals like Florida Governor Ron DeSantis—rituals of submission within a party hierarchy that respects only acts of domination.

INTERACTIVE: As Malaysia readies for an influx of China tourists, here is what you need to know