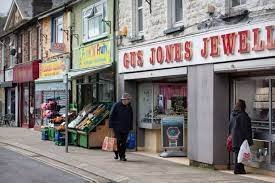 People in the UK are getting “sicker and poorer”, with a gaping health and wealth divide between regions that is only getting worse, research has found.

Economic inactivity because of sickness is at its highest level since records began, with 2.5 million working-age adults inactive due to their health, states the Institute for Public Policy Research report, which is due out later this week.

The government’s levelling up agenda is being critically undermined, the report says, as the new data shows sickness is twice as likely to force people out of work in the north-east of England, Wales and Northern Ireland as in London and the south-east.

Labour said the report was “devastating” and showed that the Conservatives were “utterly failing to deliver, and inequalities are in fact getting worse”

Since Rishi Sunak took over as prime minister, the levelling up agenda promoted by Boris Johnson appears to have fallen down the list of political priorities, despite the Conservatives’ need to defend a swath of “red wall” seats across the north and the Midlands at the next election.

The IPPR report shows that a significantly higher than average proportion of working-age people are economically inactive because of poor health in the north-east, north-west, Yorkshire, east Midlands, Wales, Scotland and Northern Ireland.

It is Northern Ireland where people are most likely to be not working due to sickness. A total of 10.8% of the Northern Irish population are too ill to work, compared with 4.4% in the south-east. The UK average is 6.1%.

Strep A: fears NHS will struggle to cope as seventh child reported to have died