Copyright 2021 - All Right Reserved
Home Economy How Worried Should We Be About XBB.1.5?
EconomyPoliticsWorld News 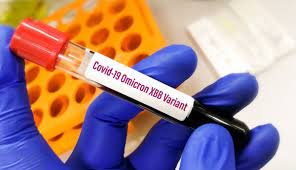 After months and months of SARS-CoV-2 subvariant soup, one ingredient has emerged in the United States with a flavor pungent enough to overwhelm the rest: XBB.1.5, an Omicron offshoot that now accounts for an estimated 75 percent of cases in the Northeast. A crafty dodger of antibodies that is able to grip extra tightly onto the surface of our cells, XBB.1.5 is now officially the country’s fastest-spreading coronavirus subvariant. In the last week of December alone, it zoomed from 20 percent of estimated infections nationwide to 40 percent; soon, it’s expected to be all that’s left, or at least very close. “That’s the big thing everybody looks for—how quickly it takes over from existing variants,” says Shaun Truelove, an infectious-disease modeler at Johns Hopkins University. “And that’s a really quick rise.”

All of this raises familiar worries: more illness, more long COVID, more hospitalizations, more health-care system strain. With holiday cheer and chilly temperatures crowding people indoors, and the uptake of bivalent vaccines at an abysmal low, a winter wave was already brewing in the U.S. The impending dominance of an especially speedy, immune-evasive variant, Truelove told me, could ratchet up that swell.

But the American public has heard that warning many, many, many times before—and by and large, the situation has not changed. The world has come a long way since early 2020, when it lacked vaccines and drugs to combat the coronavirus; now, with immunity from shots and past infections slathered across the planet—porous and uneven though that layer may be—the population is no longer nearly so vulnerable to COVID’s worst effects. Nor is XBB.1.5 a doomsday-caliber threat. So far, no evidence suggests that the subvariant is inherently more severe than its predecessors. When its close sibling, XBB, swamped Singapore a few months ago, pushing case counts up, hospitalizations didn’t undergo a disproportionately massive spike (though XBB.1.5 is more transmissible, and the U.S. is less well vaccinated). Compared with the original Omicron surge that pummeled the nation this time last year, “I think there’s less to be worried about,” especially for people who are up to date on their vaccines, says Mehul Suthar, a viral immunologist at Emory University who’s been studying how the immune system reacts to new variants. “My previous exposures are probably going to help against any XBB infection I have.”

SARS-CoV-2’s evolution is still worth tracking closely through genomic surveillance—which is only getting harder as testing efforts continue to be pared back. But “variants mean something a little different now for most of the world than they did earlier in the pandemic,” says Emma Hodcroft, a molecular epidemiologist at the University of Bern, in Switzerland, who’s been tracking the proportions of SARS-Cov-2 variants around the world. Versions of the virus that can elude a subset of our immune defenses are, after all, going to keep on coming, for as long as SARS-CoV-2 is with us—likely forever, as my colleague Sarah Zhang has written. It’s the classic host-pathogen arms race: Viruses infect us; our bodies, hoping to avoid a similarly severe reinfection, build up defenses, goading the invader into modifying its features so it can infiltrate us anew.

Read: How long can the coronavirus keep infecting us?

But the virus is not evolving toward the point where it’s unstoppable; it’s only switching up its fencing stance to sidestep our latest parries as we do the same for it. A version of the virus that succeeds in one place may flop in another, depending on the context: local vaccination and infection histories, for instance, or how many elderly and immunocompromised individuals are around, and the degree to which everyone avoids trading public air. With the world’s immune landscape now so uneven, “it’s getting harder for the virus to do that synchronized wave that Omicron did this time last year,” says Verity Hill, an evolutionary virologist at Yale. It will keep trying to creep around our defenses, says Pavitra Roychoudhury, who’s monitoring SARS-CoV-2 variants at the University of Washington, but “I don’t think we need to have alarm-bell emojis for every variant that comes out.”