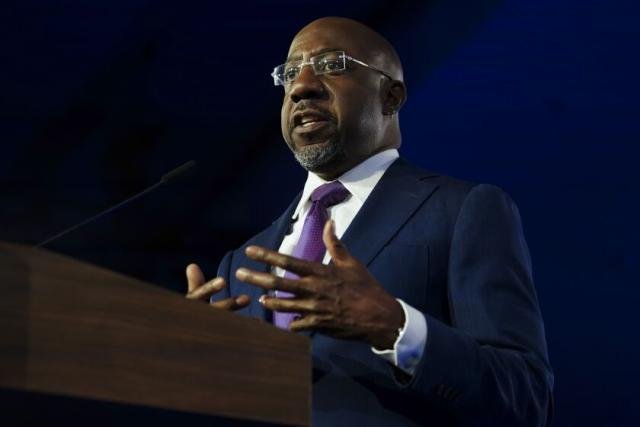 The Democratic incumbent, Raphael Warnock, won the Georgia Senate runoff on Tuesday, securing his first full term and delivering a 51st seat to bolster his party’s majority in the chamber.

The Associated Press called the race about three and a half hours after polls closed in Georgia, as Warnock led the Republican candidate, Herschel Walker, by approximately 40,000 votes.

Shortly after that, Warnock took the stage at his campaign’s victory party to thank his supporters. The senior pastor at the Atlanta church where Martin Luther King Jr once preached, Warnock has held one of Georgia’s two Senate seats since winning a special election in 2021. As he began his remarks in Atlanta, supporters chanted: “Six more years!”

Warnock told the crowd: “After a hard-fought campaign – or should I say campaigns – it is my honor to utter the four most powerful words ever spoken in a democracy: the people have spoken.”

One of 12 children born to a father who was also a pastor and a mother who once picked cotton, Warnock reflected on the unlikelihood of his path to the Senate. His mother was with him at his victory party, after she had the opportunity to again cast a ballot for her son.

“I am Georgia,” Warnock said. “I am an example and an iteration of its history, of its pain and its promise, of the brutality and the possibility. But because this is America, because we always have a path to make our country greater against unspeakable odds, here we stand together. Thank you, Georgia.”