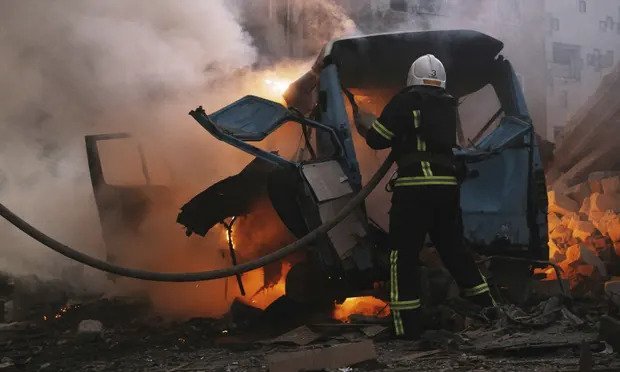 Three cruise missiles hit Ukraine’s southern port city of Mykolaiv today, while air defences shot down another two missiles near the southern city of Odesa, the Ukrainian armed forces said in a statement.

Reuters reports that the military said one civilian was wounded in the strikes on Mykolaiv. The claims have not been independently verified.

From DNA samples to children’s drawings. How Ukraine is trying to identify some of those lost in war

A Nigerian state told farmers to get guns for self-defense

Russia’s territory in Europe is the latest source...

Russian-backed forces increase assault on Ukrainian city of Lysychansk
Are Russian diamonds now conflict diamonds? Depends on who you ask
G7 leaders meet to discuss action plan for Russia and inflation
A Nigerian state told farmers to get guns for self-defense